Receding gums aren't seen as often in children as they are in adults, but they can still cause the same serious dental health problems. Receding gums expose the roots of a child's teeth, allowing them to be attacked directly by plaque-causing bacteria. Roots aren't as durable as the crowns of teeth, so they're more susceptible to decay. If your child has receding gums, it's important to find out what's causing it and correct the problem in order to protect your child's oral health. To find out what can cause receding gums in children, read on.

Braces work by gently pulling on your child's teeth in order to move them into a normal position, giving them an even bite and smile. As the teeth are moved, they may detach from the gums, causing them to recede. After the braces are removed, your child's gums should reattach themselves to their teeth and shift back into a normal position. If they aren't moving back forwards, you should schedule an appointment with a pediatric dentist to see if there could be another cause for your child's receding gums.

Bruxism is a condition where your child clenches and grinds their teeth involuntarily. It sometimes only happens during the night, so your child may not be aware that they're doing it. Bruxism places a lot of stress on your child's teeth, and it also presses them down into the gums, causing them to recede.

If you think that your child may have bruxism, it's important to take them to a pediatric dentist and have them fitted for a night guard. Your child will need to wear this while they sleep, and it will protect their teeth and gums from being damaged by involuntary clenching and grinding.

Sometimes an adult tooth simply erupts too far forwards above the gum line, which will expose the root of the tooth. This often goes away as your child's jaw grows and the tooth settles into its natural position. If your child has recently had an adult tooth come in and the gums near it look like they're receding, it's a good idea to keep an eye on it. If the gums aren't moving back to their normal position, have it checked by a pediatric dentist.

Thankfully, most cases of receding gums in children will go away on their own once the root cause is treated. If your child's receding gums aren't going away or if they appear inflamed or infected, however, it's important to schedule an appointment with your pediatric dentist. It's still possible for children to develop severe gum disease, and receding gums make it much easier for bacteria to get into the tooth root — these are both serious oral health problems that need to be treated as soon as possible by a pediatric dentist. 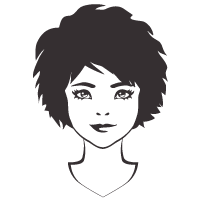